Joanne Smith Finley is Senior Lecturer in Chinese Studies in the School of Modern Languages, Newcastle University, UK. Her research interests focus on Xinjiang, China (the Uyghur region) and its diaspora, and include Uyghur iden88es; Uyghur-Han rela8ons; strategies of symbolic resistance; the poli8cs of Uyghur popular music; the gendering of ethno-poli8cs; gender in the context of Islamic revival; and PRC counter-terrorism as state terror in the era of mass internment of Turkic Muslims. Her monograph The Art of Symbolic Resistance: Uyghur Iden;;es and Uyghur-Han Rela;ons in Contemporary Xinjiang (Brill Academic Publishing) was published in 2013. This is an ethnographic study of evolving Uyghur iden88es and ethnic rela8ons over a period of 20 years (from the 1991 collapse of the Soviet Union through the 1997 Ghulja disturbances and the 2009 Ürümchi riots to 2011). Dr Smith Finley is co-editor of two further volumes:Situa;ng the Uyghurs between China and Central Asia (Ashgate, 2007) and Language, Educa;on and Uyghur Iden;ty in Urban Xinjiang (Routledge, 2015), and Guest Editor of a Special Issue (2019) for Central Asian Survey, 8tled: 'Securi8za8on, Insecurity and Conflict in Contemporary Xinjiang'. 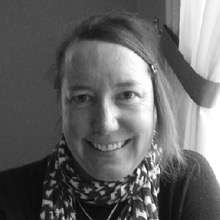