This workshop focuses on Chinese art-house cinema (yishu dianying) since the reform of film industry in the 1990s. The Chinese market was then deregulated by an increase in the number of foreign films (mostly Hollywood blockbusters) distributed in film theatres. In order to become economically competitive, Chinese film studios fostered production of high-budget commercial films based on the American model and became reluctant to produce art-house films with little commercial potential. Thus, in the 2000s, only a minority of directors – such as Jia Zhangke and Wang Xiaoshuai, whose films were regularly selected and awarded at international film festivals, managed to work within the Chinese film industry. Apart from these exceptions, Chinese art-house films were produced independently outside state-funded studios and screened in independent film festivals.

Due to the independent nature of art-house cinema, researchers have mainly been interested in its aesthetic and ethical features, while overlooking its economic and industrial sides. However, this conception of Chinese art-house cinema has become less relevant in view of the ongoing developments in the Chinese market that, since the 2010s, has provided young directors with more funding opportunities. A niche market dedicated to art-house cinema has thus started to grow, drawing the attention of critics and cinephiles in China and abroad.

The individual papers presented in this workshop will take stock of these recent developments that are still under-researched. Particular attention will be given to the industrial mode of film production, exhibition, distribution, and reception. These presentations, which aim at promoting a collective reflection on contemporary Chinese art-house cinema, are intended to be published in a collective book co-edited by Flora Lichaa (Université libre de Bruxelles), Ma Ran (Nagoya University), and Seio Nakajima (Waseda University). 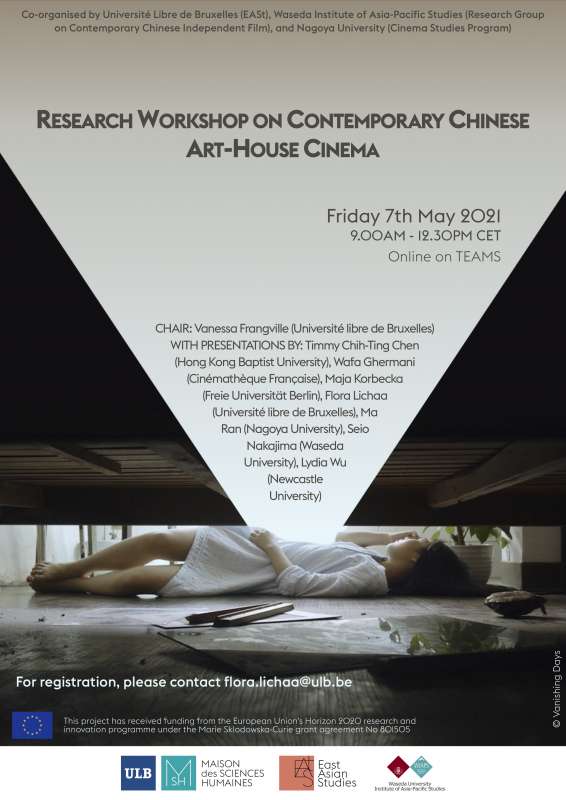