Chinese migrants settling in Portugal have been growing since the 1980s, and more rapidly since the turn of the century, after the 2000s. The aim of this paper is to provide an overview into the changing flows of Chinese migrants establishing in the country for the last decades, particularly by looking at their diversity as an ethnic group. While in earlier years Chinese community included people from Macau, Mozambique or other parts of mainland China (Zhejiang economic migrants); in recent years, Chinese international students and, mostly, investors or business migrants have increased considerably. Portugal has implemented the Golden Visa (GV) scheme in 2012, in order to attract privileged individuals by their economic and financial capital, and since then, Chinese citizens have been those who had most benefited from this political measure. Therefore, this paper will look on how some national policies developed in the country have contributed to the increase and diversification of Chinese migrants.

Dr. Sofia Gaspar (PhD in Sociology, Complutense University of Madrid, Spain) is Senior Researcher at CIES-IUL, Lisbon University Institute, Portugal. She has coordinated several projects on bi-national couples, transnational families and Chinese immigrants, and she has vastly published on this field. Her recent publications include the co-authorship of the book Southeast Asian Migration: People on the Move in Search of Work, Refuge and Belonging (Sussex Academic Press, 2015), and several papers in peer-review journals (International Migration; Population, Space and Place; Journal of Chinese Overseas; Portuguese Journal of Social Science). She is member of the Organizing Committee of the Thematic Section Migrations, Ethnicity and Racism of the Portuguese Sociological Association (APS), and she is co-organizing the workshops Meetings on Chinese Studies and Seminar of Cultural Diversity in Contemporary Families, both at Cies-Iscte. She is also member of several international networks: CHERN - China in Europe Research Network (COST Action), CERPE - China Europe Platform on Migration, PRIMOB - Privileged Mobilities: Local Impacts, Belonging and Citizenship (IMISCOE), DIVCULT - Superdiversity, Migration and Cultural Change (IMISCOE) and Lifestyle Migration Hub. Her current research activity is focused on the transnational families, binational marriage and divorce, privileged migrations, and migrant's descendants. 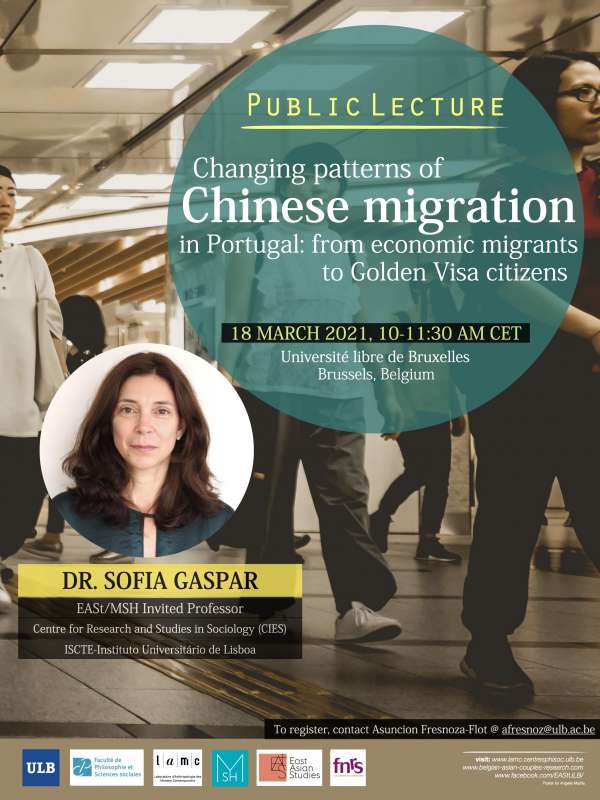