The fall of the Soviet Union and the decriminalization of homosexuality in 1993 facilitated the development of LGBT activism in Russia. While same-sex relations are not exactly legally banned in that country, the LGBT community faces increasing negative public attitudes, following the state’s promotion of ‘traditional values’ and the adoption of the anti-LGBT propaganda law. State repression and homophobia that have intensified in Russia in recent years make the work of LGBT activists increasingly more complicated. The seminar will focus on LGBT Russians protesting for their rights. Drawing on social movement theories, I suggest that LGBT protest activity in authoritarian states such as Russia emerges, develops, and declines through a combination of certain factors (e.g., political opportunities and resources). My research is built on a mixed-method approach, including interviews with Russian LGBT activists.

Radzhana Buyantueva is a postdoctoral researcher of Le Fonds National de la Recherche Scientifique (F.R.S.-FNRS) affiliated with the Center for the Study of Politics (Cevipol) at the Université Libre de Bruxelles. She has a Ph.D. in Politics from Newcastle University, UK. Her research interests include political sociology, social movements, East European politics, and LGBT rights. Her book, titled “The emergence and development of LGBT protest activity in Russia”, was published by Palgrave McMillan in November 2022. 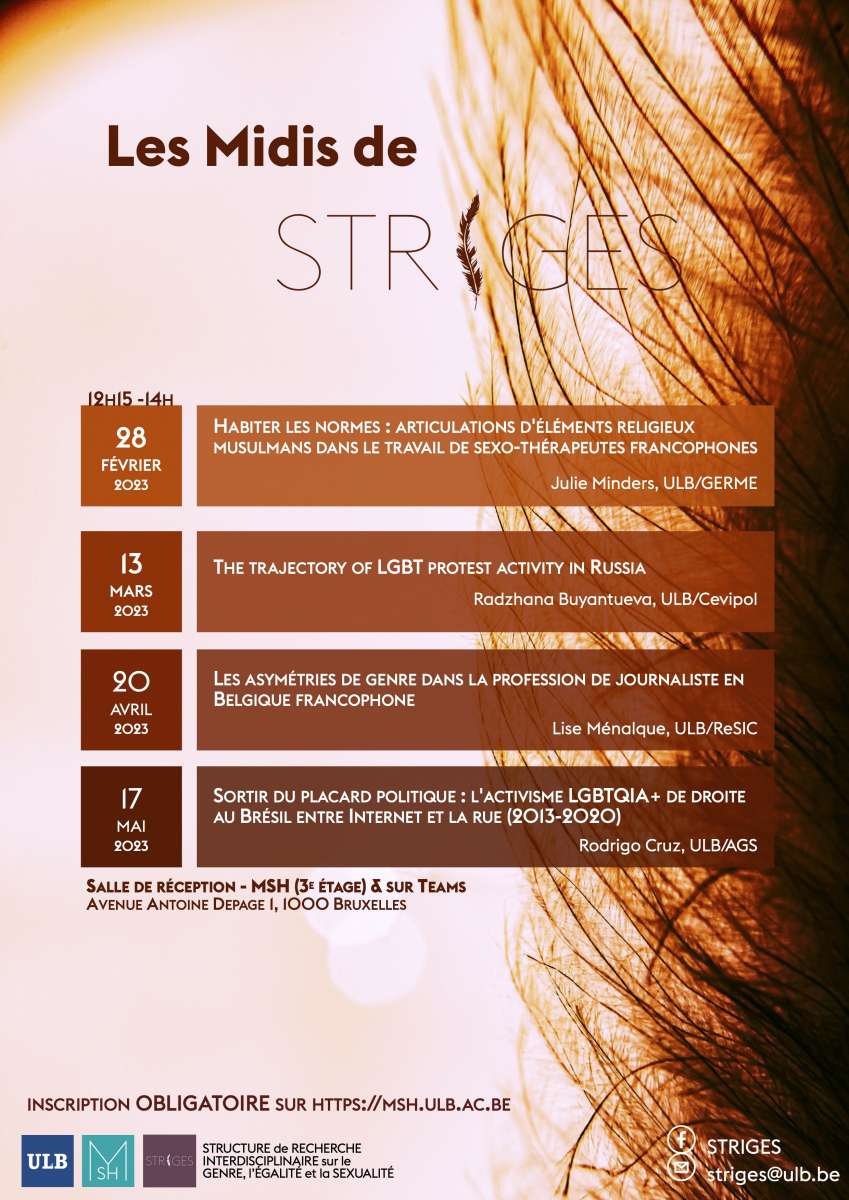