The presentation examines Tanaka's unique view of Islam by studying his early essays ("Islam and Pan-Asianism", "Future of Chinese Muslims and Japanese Shintō", 1924) and his pilgrimage diary ("The Pilgrim of Islam: The Travel Account of a White Cloud", 1925), which he completed while his journey to Mecca (1924).

Oleksandra Bibik is a doctorate, at the University of Lille. Her current research project is "Islam in the Context of Japanese Pan-Asianism: A Study on Tanaka Ippei". The project focuses on figuring out the role of Tanaka Ippei (田中逸平) in the history of Japanese Islam during the Meiji and Taisho periods, aiming to explore Tanaka's ideas as well as picture Tanaka as a man of action and elaborate on his place in the context of the political development of modern Japan. 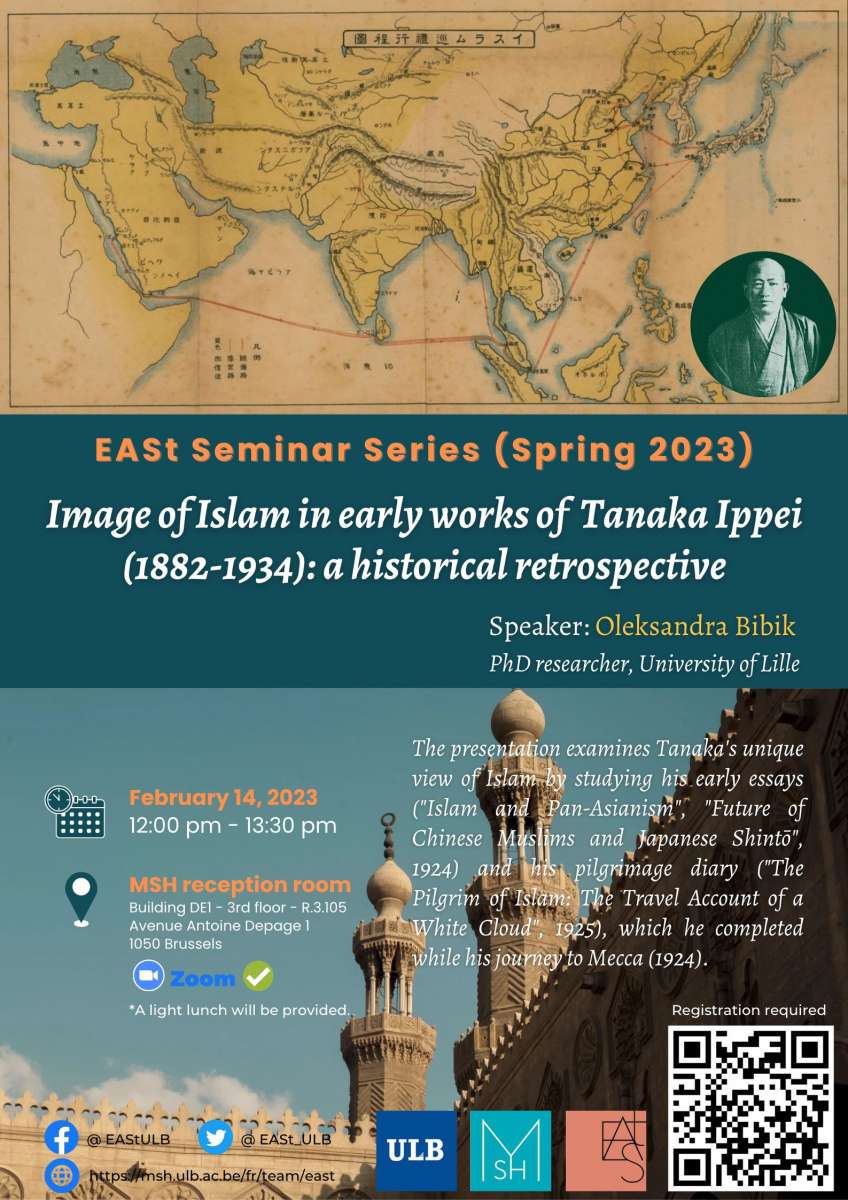