Professor Susan Bayly is Professor Emerita of Historical Anthropology in the Cambridge University Department of Social Anthropology, and was for many years Director of Graduate Education for the Department. She remains active in teaching and research through her continuing role as Director of Studies for the Human, Social and Political Sciences at Christ’s College, one of the constituent teaching and research foundations within the University. She has made regular annual research visits to Viet Nam since 2000, and acts as advisor to a number of leading cultural institutions in Viet Nam, including the Viet Nam National Museum of Fine Arts. Her publications include Asian Voices in a Postcolonial Age. Vietnam, India and Beyond (Cambridge University Press, 2007) and Caste, Society and Politics in India from the Eighteenth Century to the Modern Age (Cambridge University Press, 1999), as well as numerous articles and book chapters. From 2001-2004 she was Editor of the world’s oldest scholarly journal of Anthropology, The Journal of the Royal Anthropological Institute, and she has served as Associate Editor of the journal Cambridge Anthropology. In 2021 she was awarded a State Honour by the Government of Vietnam in recognition of her services to national museums and other cultural institutions. 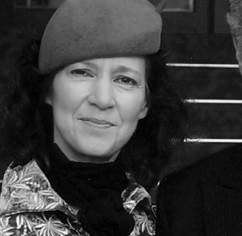