Makoto Sekimura is a Professor at Hiroshima City University who specializes in Plato’s aesthetic thought and is also interested in comparative studies of Occidental and Japanese cultures. He studied aesthetics and philosophy in Tokyo, in Dijon and in Brussels. He received the Ph.D. at the Université Libre de Bruxelles. He is vice president of the Association des Sociétés de Philosophie de Langue Française (ASPLF). His publications include the book, Platon et la question des images, Ousia, Bruxelles, 2009. 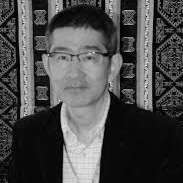