Carlos Segovia is a philosopher and lecturer in religious studies at Saint Louis University in Madrid. His current research focuses on religious studies at the crossroads of contemporary philosophy and postcoloniality. On the one hand, he is working on the semiotic and biopolitical components of capitalism, its religious matrix, and its counter-figures against the background of today’s cosmopolitical crisis. On the other hand, he works on extra-modern ontologies and the revision of conceptual production in the social sciences and the humanities and its potential delinking from the hegemonic power/knowledge regimes of global neoliberalism.

In turn, his main research field from 2007 to 2017 was the study of religious identity formation in late antiquity, with special emphasis on the intertwining of group-identity markers, sectarian boundaries, discursive strategies, and more generally the conceptualisation of hybridity and ambiguity in religious origins, as a means to counter present-day ethnocentrism and xenophobia. 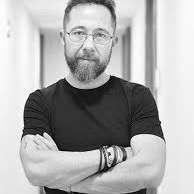