James Ingram’s main interests are in modern, especially contemporary, continental political theory, from Kant and Rousseau via Marx to Critical Theory, deconstruction, and post-Marxism. He has recently completed a manuscript that tries to rethink the idea of cosmopolitanism through a critical examination of the failures of top-down universalisms. His current research extends this work by exploring particular areas of especially transnational politics, including human rights, culture, democracy, and representation. He has also worked extensively as a translator from French (Jacques Derrida, Étienne Balibar, Jacques Rancière) as well as German (Axel Honneth, Reinhart Koselleck, Hauke Brunkhorst).

Conference "The Historical Significance of the Question of the Political" 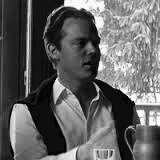