From 1996 to 2002, he was an Assistant Professor (i.e Lecturer in the UK) at the Centre for South-East Asian Studies, University of Hull, United Kingdom. In 2002 he joined the Chaire des études asiatiques at Université de Montréal as an Associate Researcher and in 2006, he took up an Associate Professorship in Anthropology at Laval and became Full Professor in 2010.

His field-based investigations are rooted in the Southeast Asian Massif – what James C. Scott calls Zomia – and in particular, the highlands of northern Vietnam and southern Yunnan. His broad research interests lie in understanding the rapport ethnic minorities have with modernity, the State, and market forces. This includes social change and the long-term processes of cultural and economic adaptation of indigenous populations in response to national and international pressures linked to globalization. The theoretical perspectives he adheres to bridge a wide range of interest. In collaboration with Dr Sarah Turner (Geography, McGill) and graduate students, he examines how ethnic minority societies adapt to changing livelihood imperatives and ideological shifts typical of the Socialist agenda prevalent in these two countries.

He also has a strong interest in critical anthropology and anthropological history, in particular French colonial missionary and military ethnography in highland Asia. 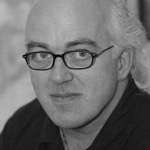