Laleh Khalili is a professor of Middle East politics at SOAS, University of London, and the author of Heroes and Martyrs of Palestine: The Politics of National Commemoration (Cambridge 2007) and Time in the Shadows: Confinement in Counterinsurgencies (Stanford 2013). She has also edited Modern Arab Politics (Routledge 2008) and co-edited (with Jillian Schwedler) Policing and Prisons in the Middle East: Formations of Coercion (Hurst/OUP 2010). Her Time in the Shadows was the winner of the Susan Strange Best Book Prize of the British International Studies Association and the 2014 best book award of the International Political Sociology section of the ISA. Khalili’s most recent research project engages the politics and political economy of war and militaries as it intersects with infrastructure, logistics and transport with specific focus on the Middle East. 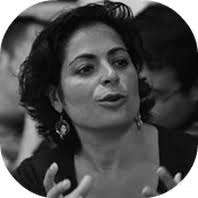