In this lecture, Dr. Jonas Roelens will talk about his research on sodomy in the early modern Southern Netherlands. Because of the ‘deviant’ nature of these sexual acts, sodomy was usually punished at the stake in the region. Through a quantitative study of legal records, such as bailiff accounts and witness reports, he was able to chart the persecution of sodomy for the cities of Antwerp, Bruges, Brussels, Ghent, Leuven, Mechelen and Ypres between ca. 1400 and 1700. Apparently, the persecution of sodomy was characterized by sharp peaks and dips: between 1450 and 1525, sodomy was prosecuted intensively throughout the Southern Netherlands. This phenomenon can be explained by the so-called ‘scapegoat theory’ and the renewed religious urban identity in the late medieval and early modern Southern Low Countries.Using discourse analysis, the urban perception of these sodomy trials was also analyzed. Research showed that the popular discourse often deviated from the official viewpoints as presented by the authorities. As such, this lecture will present a nuanced and layered image of sexual deviance and the exclusion of unwanted minorities in premodern society.

Jonas Roelens’ research focuses on early modern (deviant) sexuality. He received his PhD at Universiteit Gent in 2018. This PhD was awarded with the Flemish PhD Cup 2019 (both the Public’s choice award and the jury award), and the Eric Duverger prize (awarded by the Royal Flemish Academy of Belgium). Jonas Roelens teaches gender history at Universiteit Gent and Radboud Universiteit Nijmegen. He has published on early modern sodomy in numerous international journals and is co-author of Verzwegen Verlangen. Een geschiedenis van homoseksualiteit in België (2017). 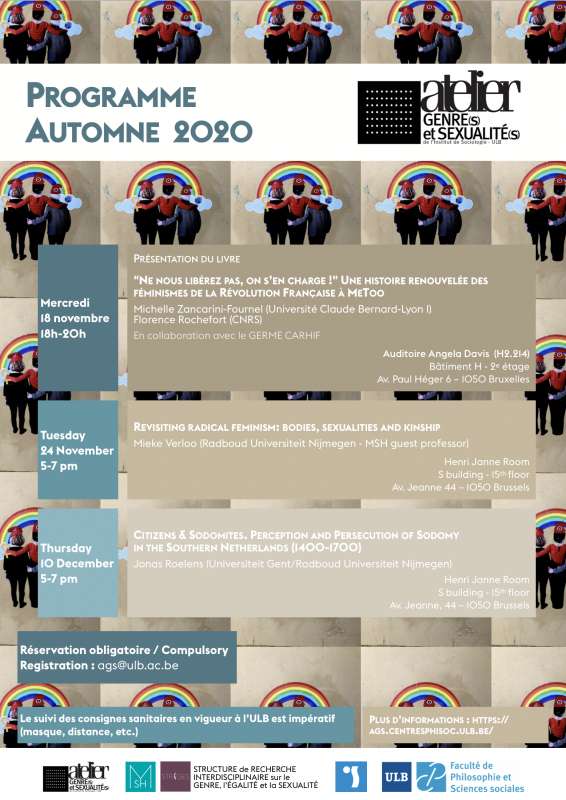